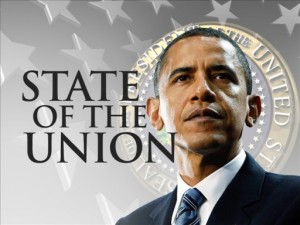 This evening, as U.S. President Barack Obama speaks to the nation during his State of the Union address, many volunteers will be working behind the scenes to translate his speech into thousands of languages. The team behind Babelverse, the world’s first real-time on-demand interpretation service, announced earlier today that they will translate President Obama’s address in real-time to viewers in every language around the world, which is potentially up to 6,976 languages. Now that’s a lot of tongues.

Babelverse is a start-up founded by Mayel de Borniol and Josef Dunne that was part of the government-backed accelerator program, Start-Up Chile. The real-time, on-demand interpretation service powered by a global community of human interpreters began as a way to improve communication during international rescue and relief operations in the aftermath of the 2011 Japanese tsunami disaster. Today it’s a platform where skilled amateurs and professional interpreters can earn money translating languages. The application runs on any device, and it supports all of the world’s spoken languages. Babelverse recently emerged with top honors at LeWeb’11, the internationally renowned technology conference based in Paris, France.

“Barack Obama’s address this evening touches more than just folks from the United States,” says Dunne, who first co-founded Babelverse in Athens, Greece. “The outcome of the address has a direct bearing on the lives of individuals across the globe, and we would like it to be accessible to the 7 billion citizens of the world, no matter what their native tongue is.”

President Obama’s address, to be potentially translated into up to 6,976 languages, will be streamed here. If you are an English speaker who can translate to other languages, you can volunteer to do so at the same link as well.