by Ron Volper, Ph.D., author of “Up Your Sales in a Down Market“

Recently I visited a major office products retailer to purchase a new color printer for our office. I had spoken to some of my colleagues about printers, so I came to the store armed with a little bit of knowledge and a lot of questions.

Even though there were few customers in the store, no salesperson approached me. After looking for about 10 minutes, I finally found a young salesperson in his twenties. He was well-dressed and well-spoken and seemed pleasant. Here’s what happened.

Instead of greeting me, I had to open the conversation by greeting the salesperson. and asking him if he could help me.

Instead of smiling and looking me in the eye, he was staring down at the floor. When I asked him several basic questions about one of the printers I was considering, he said he did not know, and walked over to his computer where he pulled up information about the printer I was considering.

While I was asking him questions, he kept looking at the computer screen, so there was precious little eye contact.

When I told him I was concerned about whether one of the printers I was considering would fit into the designated space in my office, he simply read off its dimensions from his computer. When I asked him if he could open the box so I could actually see the printer and get a feel for its size, he said he would rather not.

When several other customers came over to ask questions, he interrupted his conversation with me to respond to them.

While some of his sales behavior – or lack thereof – might be attributed to a lack of sales training (and better sales skills would help him sell customers in all generations), much of the underlying problem was that this Gen X salesperson did not recognize that he was dealing with a customer who is a Baby Boomer with values and expectations that are different from his own.

Why cater to Baby Boomers?

Baby Boomers number approximately 80 million in the US, are now living longer, and have the highest disposable income of any generation. So whether you sell in a retail or business to business environment, or manage those who do, in order to up your sales in a down market, you need to know more about how to sell to us (the generation born between approximately 1946-1964).

While there are more similarities than differences in how a salesperson should sell to customers regardless of their generation, and we Baby Boomers are not a homogeneous group, there are subtle but important differences in our beliefs, attitudes and behaviors; and selling to us requires a different approach.

Unlike those in say Gen X (those born between approximately 1965 and 1980) and Gen Y (those born between approximately 1981 and 2000), we Baby Boomers did not grow up with computers and many of us are not totally comfortable with them. So when the salesperson at the office products store turned on his computer I felt an invisible barrier go up between us. Besides that, I thought I could have stayed in my office and gone on-line myself.

Baby Boomers like to be in someone’s physical presence and usually prefer face to face communication, so we can look someone in the eye and judge what they are saying. When the salesperson failed to smile, or shake my hand, or look me in the eye, I felt a lack of rapport with him. More than other generations, we baby boomers have to feel comfortable with the salesperson, before we can feel comfortable with the product.

Use high touch over high tech

The salesperson I dealt with showed me a virtual product, a picture of the product on his computer, but, as a Baby Boomer, I wanted to touch it. Moreover, I did not know the actual dimensions of the space where the printer would go, but I had a picture of that space in my mind. Had the salesperson been willing to go to the trouble to open the box holding the printer (instead of showing me the online picture of it and telling me its dimensions), I would have been able to determine whether it was the right
size.

Listen for our needs

And while he did not mean to be unkind, his unwillingness to cut open the box signaled poor customer service to me. In fact, when I asked him to take the printer out of the box he responded by showing me the on-line ratings from customers who had purchased it. This was not what I wanted; for as a Baby Boomer I am less influenced by online ratings from people I’ve never met and more influenced by what my friends and colleagues tell me.

As a Babv Boomer, I was brought up to do one thing at a time and give people my undivided attention. When the salesperson allowed random customers to interrupt our conversation and also exchanged text messages with someone, I lost my train of thought, and lost confidence in him.

Win with the right words

As a former salesperson and head of sales at a Fortune 500 company, I know that how we say things to customers is as important as what we say. So I was not impressed -and I don’t think my Baby Boomer peers would be either— when this young salesperson kept inserting the word “like” into many of his sentences: as in “this printer is like the fastest we have.”

Empathize with the customer

As a baby boomer, I grew up at a time when “made in America” meant a lot to me and others. I have reconciled myself to the fact that we are now in a global economy and the US has become a service economy, but I still silently groan when I see a product with the made in China label on it. When I mentioned this, the salesperson responded by saying; “they make the best printers.” While I don’t know if that’s true or not, and it’s not something easily changed, I wanted this Gen X salesperson to simply acknowledge my feelings.

Vintage selling is not telling

What was most surprising, however, is that instead of questioning me about how I would be using the printer (e.g., how often and for what purposes; or asking me about how I liked the printer I was replacing), he kept telling me about its great features. At a time when leading companies (and Apple is a great example) are designing whiz-bang products, it’s understandable that many people and especially those in the “younger generations” fall in love with the features of many products, but for us Baby Boomers it’s as much about the person selling the product as the product itself.

So for all the reasons mentioned above, and despite his good intentions, the salesperson I spoke to did not become the person who sold me the color laser printer that I purchased… at another store. 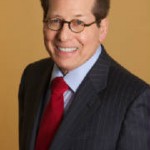 Ron Volper, Ph.D., is a leading authority on business development. As Managing Partner of the Ron Volper Group, he has advised 90 Fortune 500 Companies and many mid-sized companies on how to increase sales in tough times and good times; and he has trained over 30,000 salespeople and executives over the past 25 years. He is an Adjunct Faculty member at New York University, and a sought after speaker.