by Colleen Aylward, author of “From Bedlam To Boardroom“ 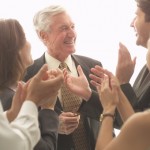 The nation’s unemployment rate may be inching downward, but the out-of-work figures have remained in the 9.0 to 9.2 percent range since April 2011, according to Bureau of Labor statistics.

An estimated 32,000 job seekers found work in October, but that still leaves 13.9 million reported unemployed, which means a lot of people are competing for the same job.

So how do you stand out in that crowd?

It used to be that executives could network their way onto the CEO’s schedule, maybe on the golf course or a chance meeting at lunch or a ball game. It’s now up to you to gather your data, polish it up and position it where people will find you – and that’s one of the biggest shocks in the executive job seeker’s world right now.

It’s a message that unemployed execs in their later years may not want to hear, but it’s one they need to get their collective arms around as the economy tries to rebound. The old-school train has left the station – permanently – and if 40- and 50-something prospects want to compete for top-flight executive positions it’ll mean breaking old habits and exiting their comfort zones.

It’s time to become an authority on-line and to create a virtual network of business connections so that you can easily be found.

Just when they thought their golden years entitled them to being ‘served’ by recruiters, members of that older generation now have to do homework and market themselves. They don’t want to hear it, or believe it, but it’s reality.

According to surveys, 89 percent of employers use a form of social media to identify job candidates, with LinkedIn, Facebook and Twitter the most popular. LinkedIn, with its more than 135 million members, dominates the competition, with 86 percent usage compared to just 50 percent for Facebook and 45 percent for Twitter.

After embracing social media (even building a personal website), try these tips:

Streamline your strengths with specific examples.

It’s not the interviewer’s job to figure out what your strengths might be; it’s the candidate’s job. The days of clever cover letters opening doors are gone. Those resumes and on-line profiles better be stronger than ever and packed with data and specific accomplishments.

They don’t find jobs for people. You need to get in front of the internal corporate recruiters who are searching for you online. So help them do their job by researching companies online yourself, as well as locating jobs yourself, introducing yourself to a prospective employer and conversing directly with hiring managers – online.

It’s all about them, not you.

Get out of the mindset that matching yourself for a job or interviewing for a job is about you. It’s all about what you can do for them. That means defining your strengths and determining specific areas where you can solve their business problems. And be prepared to demonstrate that you have kept up with technology, industry changes and how the economy has affected them.

Embrace change. You are still very valuable and worth money for a long time, but you need to make yourself visible – and viable – to those who need your expertise. 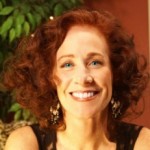 Colleen Aylward has led the executive search firm Devon James Associates, Inc. for 19 years and is founder of Recruitment, Inc., a spinoff software product company in the Human Resources & Recruitment market. She currently resides in Bellevue, Wash. She is the author of “From Bedlam To Boardroom“.