by Mark Satterfield, author of “Unique Sales Stories: How To Persuade Others Through The Power Of Stories“ 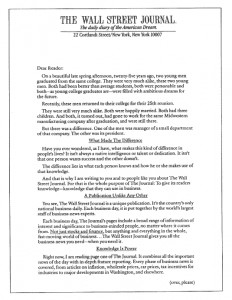 Perhaps it’s just because of the nature of my profession, but I’ve long been fascinated with why one sales letter attracts a swarm of interested clients while another is studiously ignored.

This question motivated me to do some poking around and research what the most successful sales letter of all time was.

The first step was to determine how we defined success. Would it be the number mailed? That didn’t seem right. Just because a letter is mailed a lot doesn’t necessarily mean it is effective. What about the greatest number of responses? That seemed better, but simply getting people to say they’d like more information didn’t seem like a high enough bar for a letter deemed the “most successful sales letter of all time.”

No, in order to be crowned with that honor, the letter would need to actually motivate readers to pull out their wallets and spend money. Not just one person who spent $25 million on a Gulfstream, but lots of people buying something. Now, that would be a letter worth examining for its secrets. Imagine if we could capture that letter’s essence.

Surprisingly, it wasn’t all that hard to find. What was surprising was how long ago it was written. I would have thought that with all the new information we have about buying behavior and the sheer number of excellent copywriters working today that the “Greatest Sales Letter” would have been written less than ten years ago. Apparently, we don’t know as much as we think we do, since the letter I’m referring to was written more than 40 years ago.

According to numerous sources, the letter that is credited with selling the most “stuff” (to put it inelegantly) is a sales letter written for the Wall Street Journal. It’s been used on and off by them for decades and it’s been copied by numerous copywriters and used successfully to sell a wide variety of goods and services. You may actually be familiar with it. Here’s how it starts:

“Take two men. Both graduates of good universities. Both hardworking and ambitious.

“Flash forward twenty years and one is in the corner office commanding the attention and respect of hundreds. The other toils amid the legions of middle managers in a largely obscured position. Why did one ascend to great heights and the other plateau so early?”

The letter to goes on to point out that one key point of differentiation is that one person read the Wall Street Journal and the other did not. Regardless of the Journal’s actual ability to elevate you to the corner office, this is one very successful sales letter.

Which raises the next question: Why? What makes this letter so effective? Why did this one, amid all the others that have flooded our mailboxes over the years, motivate so many people to take action?

The answer is actually fairly simple: It tells a story. A story that is deceptively simple in the telling. In a mere 57 words, we are transported from reading words on a page to visualizing two men, one successful, the other considerably less so. Not only does the story enable us to visualize the scenario, but it also does a masterful job of forcing us to decide which camp we are in. Are we resigned to the plateau? Isn’t there more that we can achieve? What’s the answer? What’s the secret? How can we, too, get to whatever level of success we most aspire to?

Unleashing this psychic visualization of desire and limits is the power behind a great sales story. The power is in its simplicity. It’s elegance is in its restraint.

Those of us who offer our services for a living often hear about “selling invisibly.” It’s an appealing concept, especially when the concept of “selling” is uncomfortable. However, while selling invisibly seems like a good idea in theory, how exactly is it done?

This letter from the Wall Street Journal offers an answer. The key to selling invisibly is to tell great stories. 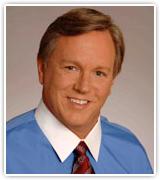 Mark Satterfield is the author of the #1 Amazon Best Seller, “Unique Sales Stories: How To Persuade Others Through The Power Of Stories“. Get Mark’s latest mini-book on how to implement a marketing system in less than a week for under $300 by visiting http://www.GentleRainMarketing.com.