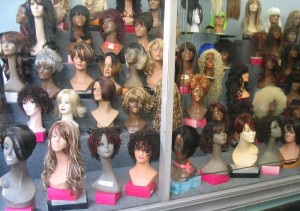 Celebrities are always looking for ways to keep the cash coming in. They never know when they’ll be between projects and need to buy a helicopter or new mansion or 20-carat diamond. To prepare for these unexpected emergencies, many stars try their hand at running a side business or two. Starting clothing lines, restaurants, and production companies are some of the most common, but other celebrities think outside of the box. Way outside of the box. These 12 bigshots got into some industries that don’t exactly fit their famous personalities — or the demands of consumers.

The rapper who brought us “U Can’t Touch This” and “2 Legit 2 Quit” is now trying to give us a new way to look him up on the Internet. His search engine, called WireDoo, is still not ready for a beta release, but Hammer says it has a “deep search” function that will make it better than Google by bringing up topics related to your keywords. Hopefully Hammer has done his research — though if he did, he probably used Google, which isn’t exactly a good sign.

Merchandising is a huge racket for bands, but no one takes the business of cashing in on your celebrity as seriously as Gene Simmons. The KISS frontman started off selling the KISS-themed coffin online in 2001 and launched the newest versions of the “KISS Kasket” early in 2011. They each cost around $5,000 and there isn’t a huge market for them, but some die-hard fans have purchased them and Pantera’s Dimebag Darrell was buried in one.

Some big-time actors buy islands for pleasure and privacy purposes, but Basinger, a former Bond girl, purchased a whole town as an unexpected business venture in 1989. Braselton, Georgia, located about 50 miles north of Atlanta was sold to Basinger by the Braselton family for $20 million, and she hoped to make it into a tourist attraction and bring a film festival there. Sadly, none of her ideas were realized and she ended up selling the town in 1993 and filing for bankruptcy.

While other celebrities are trying to make their clothing lines stand out from the rest, Welch went a completely different direction and created a name for herself in the wig industry. You probably didn’t even realize there was a wig industry. Welch, considered a legendary sex symbol in the ’60s and ’70s, has dabbled in other beauty products and accessories but her high-quality wigs are what have really put her ahead of the rest.

This actor is most recognized for his role on Melrose Place but in 2006, he made a switch to the business where the real money is: the Internet. Shue and a partner created CafeMom, a social networking site for moms to share worries, tips, and stories. Sure, Shue isn’t a mom himself, but he saw an untapped market and clearly understands how to make the ladies go crazy. By the next year, CafeMom had the most traffic among women of any website, and by 2009, it was profitable.

At least Wilkinson, the former girlfriend of Hugh Hefner and current wife of some NFL player, is sticking to what she knows. The Playboy model became the producer of stripper poles and workout videos to go with them. She calls them “sport poles” but we all know what they’re really used for. The poles are supposed to be sturdy and connect to the ceiling so you can spin and slide on them in order to get that stripper-worthy body you’ve been dreaming of.

It made sense when Williams started a line of tennis clothing. We understood when she wrote a book about how awesome she is and how you can be awesome, too. But you might be surprised to know she also owns an interior design company. Florida, where the company has its headquarters, was surprised, as well, considering Williams didn’t have a license or certification. The company is now licensed and legal and Williams no longer calls herself a certified designer, but does offer at least a meet-and-greet with each client. The other Williams sister is also thinking of a career change — Serena is actually studying to become a nail technician.

The old ladies of America would probably be sad to know that many young people only know Newman for his salad dressing and food line. But before he was dressing up salads, he was a dreamy actor who won several Golden Globes, an Emmy, and an Oscar. He co-founded the company, Newman’s Own, after he and a friend made salad dressing to give as gifts. Everyone loved the dressing so much, the pair made it into a business and slapped Newman’s face onto the label. The company now makes a variety of food items, from pizza sauce to cookies, and all the profit after taxes goes to charities.

When 50 Cent leaves the club each night after celebrating someone’s birthday with Bacardi, he likes to rehydrate with VitaminWater. Since buying a minority stake in the company, he thinks you should drink it, too. Fiddy started appearing in ads for the brand and even helped create his own flavor: Formula 50. It tastes like grape, because you can’t spell “grape” without “rap.” The recording artist now considers himself the “Air Jordan of VitaminWater,” whatever that means.

If you were curious what Manson’s drink of choice is, now you know. After discovering the spirit with Johnny Depp (who knew they were friends?), Manson now won’t drink any alcohol but absinthe. It was banned in the U.S. until 2007, and Manson decided to jump into the newly opened market. His 66.6% proof beverage, called Mansinthe, is produced in Switzerland and can be bought online by anyone wanting to experience the green fairy.

Is there any business that the Donald doesn’t have a hand in? Since every celebrity alive seems to have their own fragrance, of course Trump had to get in on the action. He released Donald Trump, The Fragrance in 2004, a product for the man who wants to experience the luxury and success Trump enjoys on a daily basis. The makers of the product say the main scent in the cologne is a secret exotic plant, but it’s probably just businessman sweat and comb-over products. The business mogul also introduced a new scent recently named Success by Trump, but getting anyone to buy these fragrances will be the real success by Trump.

To cash in on the excitement surrounding the 2010 World Cup, Jackson, father of Michael Jackson, teamed up with an international soccer star to sell barbecue grills. These weren’t just any barbecue grills, though. Clearly futbol fans won’t be satisfied unless their grills are shaped and painted like soccer balls. No word on how much profit was made from that venture, but it probably wasn’t any less successful than his other recent attempts at making money.

This article was first posted in Bootstrapper.