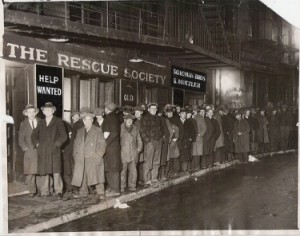 Based on how their businesses are performing, more than one-third of small business owners (38-percent) believe we are still in recession, according to a recently released American Express OPEN® Small Business Monitor report, a semi-annual survey now in its tenth year. Although the figure has dipped from last year (44-percent), small business pessimism still persists.

In addition, 27-percent of small businesses say they do not plan to grow in the next six months (up from 21-percent in the spring) and just 77-percent describe themselves as glass-half-full optimists (down from 85-percent a year ago).

Yet despite concerns over the economy and waning optimism, there are signs small businesses are in a better position to move into growth mode when things improve:

“The recession has made small business owners more calculating and measured in how they run their firms,” says Susan Sobbott, president of American Express OPEN. “When cash is tight, they pull back on spending or look for creative ways to access capital; when plans for growth are unrealistic, they put them on hold until the time is more prudent.”

If there’s one bright spark in the report, it is that small businesses are realizing the power of social media. Social media usage is on the rise among more savvy entrepreneurs.

However, nearly three-quarters (74-percent) of all entrepreneurs say it is better to forgo a social media presence altogether than do it poorly – which is probably the right approach.

As part of the Fall 2011 American Express OPEN® Small Business Monitor , a nationally representative sample of just under 400 employees of small businesses were surveyed. Respondents worked full or part time in a company with fewer than 100 employees. The anonymous survey was conducted via telephone by Echo Research from August 15-27, 2011. The employee sample has a margin of error of +/- 5.1%.