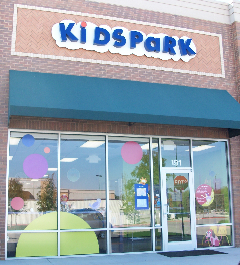 KidsPark, a national, licensed hourly childcare company, was founded in Silicon Valley in 1988 and today celebrates its 23rd year in business. Its founder and CEO Debbie Milner has seen the company expand nationally with franchise centers over the last six of those 22 years, and will see its 12th franchise launch this July, in addition to 2 corporate centers.

Milner has built a successful business with sales over a million annually doing what she loves – offering busy families a helping hand by providing a fun and safe place to bring their children. KidsPark is unique in that, unlike many other childcare centers, it’s doesn’t require reservations or a hefty long-term contract – parents can drop their children by any day, evening, or even on weekends. With childcare hourly rates at half the price of a babysitter in many cities (starting at $7.50 an hour), it’s an affordable option. And when you have unique activity areas that include a theater, sports court, creation station, art center, games, music and a space where kids can run, jump, climb and slide, you have a winner as far as the children themselves are concerned.

Milner created KidsPark out of a personal need to find quality, fun, short-term care for her young daughter Rita. The timing was also right – due to societal changes in the United States, demand for hourly care had grown nationwide, and teenagers who previously would have provided babysitting services were bogged down by activities. Families, more transitory than in years past, were less likely to have relatives living nearby to help out.  Bringing their children to a childcare center became an option.

The KidsPark concept was further validated in 1998 when the company attracted angel funding, with a three member board to help direct growth.  And the business today is still growing – this year, Milner is focusing on business development, continuing the company’s multi-state expansion as well as community outreach. And despite the challenging economy sales were significantly higher in 2010 than 2009, and the first quarter of this year is looking rosy as well.

KidsPark is a potential option for entrepreneurs looking for a way to contribute a much-needed service to communities.