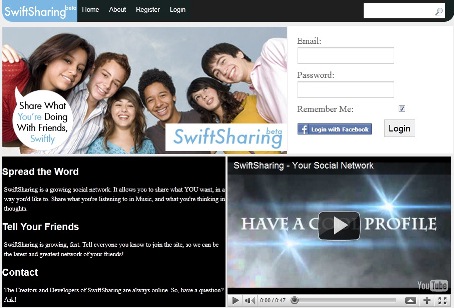 Swiftsharing (www.swiftsharing.net) is a new and growing social network site that has seen over 8,000 members signed up and has more than 20,000 posts since launching in January this year. If that doesn’t sound impressive to you – compared to Facebook‘s 500 million users – consider the fact that none on the Swiftsharing team are over the age of 19.

The founder and CEO of Swiftsharing is 15 year-old high school freshman Alaxic Smith, who personally wrote all the front-end code for Swiftsharing. Swiftsharing‘s co-founder and chief technology officer is 16 year-old Paul Henry, who also happens to be Smith’s close friend and neighbor. Henry, who is homeschooled and self-taught in PHP, also serves as the site’s server administrator. Spencer Smith, also a friend of Alaxic Smith and a fellow high school freshman, is chief marketing officer. “He’s a pretty sharp guy who knows how to reel people in with various promotions he’s thought of that we’re working on putting into play,” says (Alaxic) Smith. The girl on the team is 16 year-old high school sophomore Magan Tyler, who serves as lead experience and documentation manager. The oldest amongst them – if you consider the age of 19, old – is business major Neil Parikh, Swiftsharing‘s chief financial officer.

Smith is quick to agree that Facebook was the reason for Swiftsharing‘s existence. “Facebook is cluttered with a ton of things with no organization in the news feed,” explains Smith. “Last summer, I had this crazy idea for a social networking site with generic categories for your friends to post their updates in, so you could only see the things you care about.”

“Our main feature at the moment is the categorization method, but we’re working on many more features along with unique ideas that the team has generated,” says Smith. To borrow a leaf out of Facebook‘s page, Swiftsharing intends to launch at high schools across the country, starting in a large city in every state and gradually expanding to smaller high schools. “The site, at this moment, appeals to mainly students of high school and college ages,” says Smith. “In five years, we hope to be the social network of high school and attract more college age students to the site. In five years, we’d like to be at least 10,000,000 users strong, though we’ll probably surpass this goal.” Ambitious indeed, but Smith says their biggest opportunity is introducing a service to an age group that’s very open minded to trying new things. “We’ve got loads of positive feedback from our users,” says Smith. And already the site has obtained an accolade – the Swiftsharing founders recently received an award from the City of Longview for Spirit of Entrepreneurship. 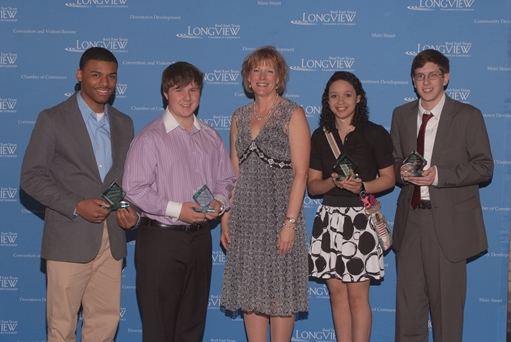 Interestingly, Swiftsharing started without even a business plan, something that Smith admits is their biggest challenge. But he says that they’re working on it with a business consultant.

It All Starts With An Idea

Alaxic Smith’s advice to entrepreneurs is to share their ideas with others as soon as possible – that way you can iterate your ideas early. “There’s someone out there, if not thousands of people, who’ll agree with your idea and help it to spread across the country, even the globe,” insists Smith. When he was initially working on SwiftSharing alone, he had trouble getting people to visualize their idea. It was only till they released the site and people started using it that they understood the value of what SwiftSharing meant.

“Once people see a use for your idea, they’ll use it frequently,” says Smith. “It all starts with an idea. “