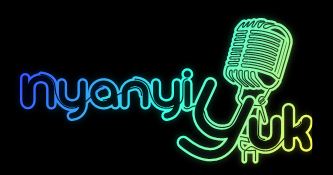 Want to sing karaoke in the comfort of home and show the world how good you are? You can just do that on NyanyiYuk.com.

NyanyiYuk is another project by Agate Studio, the winner of the iMulai 3.0 competition and also the maker of Football Saga.

Available for free on the web, NyanyiYuk is currently open for public beta. There are some features that are not available yet and the number of songs are still limited, but the development is definitely ongoing.

On NyanyiYuk, people can choose any song and start singing simply by clicking the “Sing It” button. There are basically 3 steps to start: (1) Enable vocal guide and select pitch tolerance levels, (2) Grant access for the web service to access microphone & webcam, and (3) Clear your throat while the song loads for you to enjoy a karaoke session.

NyanyiYuk will also evaluate how users sing, and provide a score based on the performance. Registered users with highest scores will be displayed on the home page.

NyanyiYuk’s main feature is similar with KaraokeParty.com, another online karaoke website. However, NyanyiYuk does provide some innovative features, such as recording users’ performance in a video file, capturing screenshots of performance, sharing our scores on Facebook, and controlling the song’s pitch. The availability of local songs would also help NyanyiYuk to win over local users in Indonesia.

NyanyiYuk follows a freemium model where users can enjoy the basic services for free, and upgrade to premium membership to receive advanced features and unlimited songs.

Shieny Aprilia, one of the developers of NyanyiYuk from Agate Studio, told Penn Olson that they still needed to work out some licensing issues. To avoid copyright infringement, they have recorded new arrangements of songs before publishing on NyanyiYuk, which requires a lower licensing fee.

“Users who pay premium subscriptions will actually be paying for the songs’ licences”, said Shieny.

Now, karaoke lovers in Indonesia finally have a place to enjoy karaoke services on the Internet. Last but not least, I bet Norman Kamaru will hit NyanyiYuk’s front page if he were to perform his popular “Chaiyya-Chaiyya” on NyanyiYuk.com.

This article was first published on Penn-Olson, a tech, business and marketing blog focusing on US and Asia. Penn-Olson is a Young Upstarts content partner.