Mark Zuckerberg, Facebook co-founder, was ranked in Forbes’ Billionaire list this year, along with several of his co-workers. What made 2010 even more outstanding for the Harvard drop-out and $13.5 billion man wasn’t the Facebook numbers, it was his media presence. The Facebook founder has been known to relinquish his techie prowess when the media come around, but when Zuckerberg was portrayed as a skinny nerd in the Oscar nominated film “The Social Network”, Facebook’s team pushed Zuckerberg into the limelight. Eventually the public saw more of this Forbes’ billionaire in 2010 than in the seven years since we got to know him through Facebook – with an SNL cameo, $100 million donation to the Newark Public School System and round two with Barbara Walters. 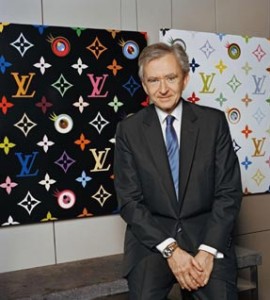 You can’t go anywhere in fashion without hearing Bernard Arnault’s name – since recently being named the fourth richest person in the world, he isn’t all that foreign. The CEO of luxury brand conglomerate LVMH, home to Louis Vuitton and Moet Hennessy, Bernard Arnault’s name carries a weight in the industry as an executive who makes tougher decisions than the diamonds he sells with De Beers.

As the brains of this fusion of fashion elite, Arnault being billed as the end-all, be-all decision maker to companies like Marc Jacobs, Fendi, Thomas Pink and Dior, LVMH’s brand doesn’t compare to many. Despite the celebrity surrounding all of these brands, Arnault manages to stay out of the picture, unless there is an accessory misplaced or an inappropriate thread count.

It might be an established culture already, but LVMH has yet to settle – most recently with the launch of a new M Class Super Yacht, a new acquisition in Bulgari and rumored purchase of Jimmy Choo. 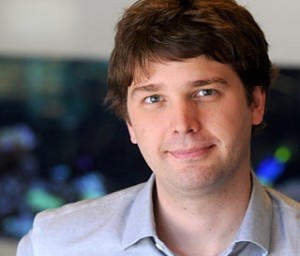 Andrew Mason didn’t quite make the Forbes’ billionaires list this year, but that might have been a stroke of luck. The co-founder and CEO of Groupon was poised to take over the Forbes Billionaires list in 2010, but turned expectations upside down when his company, daily deal social media site Groupon, rejected Google’s $6 billion offer to buy. Google was hurt, and the world was shocked.

Since then, Groupon has continued to expand its sites to international audiences, and Andrew Mason has snuck back to watch. While the founder of this daily deal site isn’t as much of a public figure as Facebook founder Mark Zuckerberg, Mason still gets some good face time – especially as news spreads that Groupon’s investors have pushed its value to around $25 billion. Sayonara, Google. 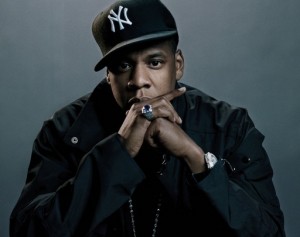 As Def Jam CEO and co-founder of Roc-a-Fella Records, Shawn Carter (better known as Jay-Z) created a paralleled universe last year when he was named one of Forbes’ potential 400 billionaire dollar men. He might not quite have been there, but this hip hop mogul has transformed the industry with his clothing label, record company, nightclubs and music.

Even for those who don’t follow the industry, Jay-Z has a name for himself outside of the hip hop world, particularly by bonding with unlikely musical counterparts like U2 and Sir Paul McCartney. He’s struck while the iron is hot and has continued to wreak havoc on younger artists with chart topping singles and album debuts, well into his 40s. Jay Z’s background might fit your stereotypical “hip hop” star mold, but the musician found a way to fuse his rap lyrics with politics and black history that separates him from others in the industry – beyond his prospective estimated worth.

This former billionaire turned his $17 billion into the biggest Ponzi scheme in history, eventually scamming his clients out of some $65 billion. Madoff is now spending the rest of his days in jail where he’s been called a celebrity both inside and outside the cell. Nicknaming aside, it isn’t often that someone doing 150 years is branded a “hero,” but this former Wall Street executive knows exactly how to get into everyone’s heads, even when they are all locked in a cell. Though his time in the spotlight might be over, he’s still found celebrity acclaim in a jail cell; upon arrival, news helicopters flew overhead and part of the jail went into lockdown. Today, Madoff still walks around like he owns the place, say inmates. Back during his prime, he might have.

This article was first posted on www.execdigital.com.