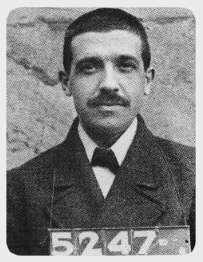 From fall-outs that shook an entire economy to laughable attempts at trendy ventures, this list spans nearly 100 years of business failures and scandals. Illegal investments, mismanaged, overpriced projects, and lots of skeezy, selfish dealings have led to some of the biggest blunders of all time. Here are 13 of the most significant.

The Enron name became such a dirty word, Houston’s MLB team, the Astros, changed their ballpark name from Enron Field to Minute Maid Park after the business scandal. Formerly one of the largest and most influential energy, commodities and services company in the world, the Texas-based company suffered a massive scandal that resulted in powerful executives going to jail and even dying as a result. Enron Finance Corp. CEO and eventual Enron CEO Jeffrey Skilling — who’s drudging through year five of a 24-year prison sentence — began exploiting the deregulated energy market in the 1990s and brought the company staggering profits, earning over $130 million himself in one year. But when he and other executives got into even shadier business — controlling the energy market in California to keep prices insufferably high — Enron ultimately fell to bankruptcy and a congressional investigation. There was a huge fall-out with lots of denying and finger pointing, and the company that was a six-time winner of Forbes’ “America’s Most Innovative Company” award was obliterated.

You become immortal when an entire form of illegal business scandal is named after you. Charles Ponzi lost on behalf of his investors around $20 million in 1920, about $222 million today. His scam involved buying coupons and selling them for stamps in other countries, making him millions in price differences along the way. But when investors became suspicious, it was discovered that Ponzi wasn’t actually making any money off the strategy: he was paying off old investors with new clients’ money, a scheme that’s today known as a Ponzi scheme. He destroyed six banks in the process.

The golden years of Pan American World Airways are still preserved in pop culture tributes in films like Catch Me If You Can and on TV shows like Mad Men, but after the crumble of Pan Am, so went the glamour of air travel. Pan Am was founded in the late 1920s along with the Aviation Corporation of the Americas, and after WWII, the airline grew tremendously, adding flights to Tokyo, Delhi, Istanbul, Frankfurt and more. It was America’s unofficial airline and a symbol of postwar triumph, easy luxury and optimism. But during the energy crisis in 1973, financial turmoil plagued Pan Am, made worse by the Airline Deregulation Act of 1978, which greatly reduced the airline’s domestic flights. Also a popular target for terrorists because of its American symbolism, Pan Am eventually declared bankruptcy in 1991.

British Petroleum’s major oil spill in the Gulf of Mexico in 2010 destroyed whole ecosystems and economic livelihoods of entire communities of fisherman, shrimp boaters and everyday working people. Nearly 200 million gallons of oil spewed into the Gulf for months, while BP executives tried to find a scapegoat for the problem instead of actually fixing it. From offices in Houston, TX, to the BP headquarters in London, people protested, jeered and demanded accountability as executives failed to manage the PR SNAFU. As a public relations expert in London told TIME, “It’s astonishing in today’s media-savvy world that such a colossal and ongoing p.r. [sic] mess can be made.” A regular old crisis festered into a situation that left Gulf Coast residents hopelessly enraged and confused as BP didn’t seem to get how serious their negligent attitude was. A slew of commercials finally followed, showing “real” BP professionals from the Gulf Coast pledging to clean up the mess and help communities recover, but it’s still known as one of the biggest blunders of all time.

Another airline with major problems is Swissair, which filed for bankruptcy in 2001. Once the national airline of Switzerland, Swissair was lauded for its exquisite service and seemingly financial impermeability. Nicknamed “The Flying Bank,” the company was a huge success in the 1950s-80s, but its now infamous Hunter Strategy — an expensive expansion program based on acquiring smaller airlines — eventually broke the airline. They borrowed loans from the government and were eventually sold off to Swiss banks and reorganized as Crossair.

Once one of America’s most popular and reliable retailers, Woolworth’s went out of business in 1997, nearly 120 years after its founding as a five-and-dime store. It was a revolutionary company in its early days and was one of the first stores to allow customers to walk amongst the merchandise and view it before buying it. One hundred years after its first opening, it was the largest department store chain in the world, but as its moved to focus more attention on its specialty off-shoot stores, it flailed among the competition and ultimately closed in 1997 and took on the new corporate name Venator, which has since switched to Foot Locker, Inc.

Had Italian businessman and con man Rafaello Follieri not been in a long-term relationship with American actress Anne Hathaway, his scandal and subsequent arrest and conviction may not have garnered quite as much attention among the non-business crowd. But in 2008, quiet rumors about Follieri’s investment scams exploded, and he was outed as the guy who screwed the Vatican. He actually tried to sell Vatican property to U.S. investors, telling the Vatican that they would use the land they bought at discount for senior citizen centers. Follieri was charged with 11 counts of fraud and money laundering, and was sentenced to 4 1/2 years in prison.

Toyota was at at a time known as the most family-friendly and reliable automakers in the world, and a true favorite among Americans, from first-time buyers of used cars to Lexus customers in their silver years. Major recalls from 2009 and stretching into 2011 totally undermined the seemingly solid Japanese company, and sales tanked so badly that production lines halted in February 2010. Toyota admitted that their brand had grown too fast too quickly for them to ensure quality on all vehicles, and after Congress got involved, hysterical Americans appeared on morning talk shows and took to their blogs to talk about how scared they were to drive their cars. From floor mat to pedal recalls, Toyota shares fell 15% in just four days in January 2010, and the brand expected to lose $2 billion worldwide.

Formerly known as the countries’ largest savings and loan company, Washington Mutual was one of the first casualties of the financial collapse in 2008. Shares fell 30% in a single day in September 2008, hitting an all time low due to its major losses from the housing crisis. What went wrong? After mismanagement and a stubborn streak — WaMu refused to make a deal with JPMorgan Chase — the company crumbled even further, losing capital and sinking into over $40 billion of debt. They let 3,000 employees go, and by September, under pressure from the FDIC, WaMu was auctioned off to JPMorgan Chase.

A lot of dirty deals were responsible for the recession, but Goldman Sachs seems to have gotten most of the blame and brand damage. Founded in 1869, Goldman Sachs was one of the most influential investment banking, investment, securities and financial services firm in the world. And even after other banks and firms started to fail during the subprime mortgage crisis, Goldman Sachs reported healthy profits. Through short-selling mortgage-backed securities, top traders Michael Swenson and Josh Birnbaum actually bet — and banked — on the crisis, getting rich of everyone else’s misery. Eventually pressured to become a regular bank, rather than an investment bank, Goldman Sachs endured lengthy, awkward and sometimes vicious interrogation by Congress and congressional committees, not to mention tar-and-feather-type ridicule and harassment on Wall Street by angry protestors.

While this blunder didn’t especially impact the economy in the way some of the other scandals on this list, Fashion Cafe’s demise is still a favorite failure to remember when recalling business launches and the opulence of the mid-1990s. Most likely an offshoot of Planet Hollywood and the Hard Rock Cafe, Fashion Cafe was the supposedly brilliant idea of Italian restaurateur Tommaso Buti. When supermodels seemed to rule the world, Christy Turlington, Naomi Campbell, Elle MacPhearson and Claudia Schiffer joined in the enterprise, showing up at restaurant openings around the world. But who’s going to show up to eat a burger and fries after staring at midriff baring supermodels? No one, that’s who.

This guy makes Charles Ponzi look like the sweaty kid who knocked over your lemonade stand. Finally convicted in 2008 — as Americans continued to grapple with the ongoing financial crisis — Bernie Madoff was revealed to have played everyone, from average Americans whose entire retirement savings was whittled away to powerful figures like Steven Spielberg to wealthy investors who didn’t even know their money was tied up in his firm, via dealings with their own hedge funds. For a while known as a stable, intelligent investor, Madoff is now credited with ruining the reputation of all hedge funds and their executives because of his squirrely Ponzi scheme. He brilliantly duped the entire industry through active trading and sensible-seeming profits. Complaints to the SEC first started in 1999 when it was questioned whether it was even mathematically possible for Madoff to deliver the amounts he claimed to. Eventually discovered by his sons, Madoff confessed, and his sons called the authorities. Madoff first estimated that he lost $50 billion, but the SEC believes the numbers if closer to $10-17 billion.

Napster’s having a bit of a second moment, now that Sean Parker’s character in The Social Network was so well received. But back when it was founded by Shawn Fanning and Parker in 1999, it was a company that grew quietly, allowing music fans to find files of their favorite songs without a lot of hassle — or price. Especially valuable because it linked users to hard-to-find records and music, Napster finally got into real trouble when it offered for download an as-yet unreleased Metallica song, “I Disappear.” The band was infuriated and led the crusade against Fanning and Parker, filing a lawsuit. Dr. Dre and Madonna quickly became anti-Napster, too, after being burned by the company for releasing their music before it was official. Napster lost their case in District Court and in the U.S. Court of Appeals and claimed bankruptcy in 2002. Today, Napster is owned by Best Buy but requires paid subscriptions.

This article was first posted on AccountingDegree.com and republished here with permission.