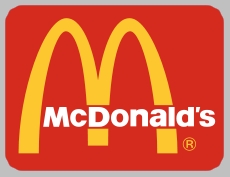 We’ve all seen our share of groan-inducing commercials. But there are some that cross the line into big mistakes, often costing businesses plenty in time, money, and consumer goodwill. These take the cake for the most controversial, disturbing, and ill-advised ads of all time.

The Quiznos “spongmonkeys” inspired strong opinions, most wondering how the strange creatures could make you want to eat a sandwich. Perhaps the most accurate perception was from The Modern Humorist, commenting that the gerbil-like creatures are “what you see before you die.”

First, your eyes are assaulted by a disturbing animated foot fungus. And then, this fungus promptly rips the toenail off the toe, exposing the nail bed. Then he jumps in. Disturbing on so many levels.

3. AIDS is a Mass Murderer

Anything involving Adolf Hitler is bound to be controversial, but throwing in a deadly disease like AIDS is like throwing gasoline on a fire. HIV/AIDS organizations distanced themselves from the commercial, citing concern for people living with the disease who might feel stigmatized.

Fashion ads depicting violence against women are too numerous to name all of them. Among the offenders include Calvin Klein and Dolce & Gabbana for gang-rape imagery, and shoe and suit ads with dead women.

McDonald’s did not fully research their urban slang before making the ad that said: “Double Cheeseburger? I’d hit it.” Nearly everyone but McDonald’s understood it to mean that the new slogan advocated sex with sandwiches, and the ad lives on in parodies online.

Motrin learned a powerful lesson about opinionated moms on Twitter, when baby-wearing parents took on the painkiller giant in response to an ad that belittled baby slings as a fashion accessory that might cause pain. The ads didn’t last much longer than a day.

In the 50s, Seven-Up ran an ad that suggested mothers give their babies Seven-Up instead of milk or formula. It shared information about its pure and wholesome ingredients that were supposedly good for babies, and suggested mixing milk with Seven-Up to encourage drinking.

Burger King spent millions of dollars traveling to Transylvania, Greenland, and Thailand to find hamburger illiterate people to try their Whopper in an on-the-spot comparative taste test with the Big Mac. Critics blasted Burger King, upset that the company didn’t acknowledge the hunger that exists in some of the areas where they filmed, citing Thailand in particular, where 30% of people would never be able to afford a hamburger.

Like the 7-Up ad, there are some vintage ads that would never fly today, like Chase & Sanborn’s ad, which depicts a man spanking his wife for not store testing for fresher coffee would be one of them. This is one among many sexist vintage ads that most companies would probably prefer the public to forget.

This article was first posted on BSchool.com and reprinted here with permission.