The economy may be in the toilet, but Suzy Batiz, founder and CEO of Dallas-based Poo~Pourri has bootstrapped and grown her company from a US$25,000 startup to a US$4 million enterprise in a little over three years.

The idea for her multi-million dollar business is actually inspired by the smallest room in her house – the bathroom. During one of her family Thanksgiving gatherings a few years back, Batiz’s brother-in-law Sergio shared that he was working on a concept to eliminate bathroom odors which till then had been unsuccessful. Batiz, who’ve always dabbled with aromatherapy and essential oils as a hobby, got excited about the potential. She began experimenting with oils and testing them on friends and family. Six months later, she finally struck gold – a secret recipe containing nine different essential oils. Poo~Pourri was born.

Unlike bathroom spray deodorizers, which are sprayed to mask the stench after “the deed is done”, Poo-Pourri is – counter-intuitively, some would argue – designed to be sprayed directly onto the toilet bowl water before use. The environmentally-friendly product blends essential oils – the original version combines lemongrass, bergamot, grapefruit, amongst others – that smell good and act as a natural film on the surface of the water to trap odors.

Batiz’s product – created from a passion for aromatherapy, and an inquisitive mind for a solution to a normally ignored problem – is now doing so well her business has expanded by leaps and bounds. “When I first started I just had a little table, a rough sales sheet and my few bottles of the original Poo~Pourri,” Batiz recalls. Today, the Poo~Pourri line now consists of more than 60 products selling in five countries.

Aside from running a multi-million dollar company, the mother of three – Dustin, CJ and Cassidy, all whom are in their teens – attribute a lot of her success to her close family and strong spiritual practices. “We do as much traveling together as a family as we can, Batiz says. “When I am at home, we cook and have meals together.”

“I have a strong spiritual practice that keeps me grounded,” adds Batiz. “As the company grows and the stress of it gets bigger, my faith and inner spiritual practices get stronger right along with it. It all seems to balance out.”

All About Getting Started 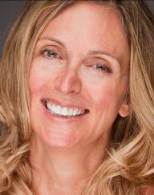 For Batiz, it’s a little of a homecoming starting Poo~Pourri. From conceiving a shoe design at 17 that captured the interest of Guess to launching a bridal salon at 19 and later a clothing manufacturer and a virtual recruiting company, she has had a lifelong love affair with product and business creation.

“Ideas buzz around my head constantly, having grown this company from the ground up and debt free allows me to really experiment with new ideas,” says Batiz. “Some of them work and some don’t but it’s like a playground for me and I love the opportunity having a successful company affords me to express my creativity and ingenuity for new products.”

But she says her formula for success was simple. “The key to success is just to get started!” says Suzy. “Potential entrepreneurs tend to get into analytical paralysis and don’t ever open their doors. They are waiting for that magic moment when their business plan, products, and marketing materials align to perfection. Define your product and start selling. The market will dictate the next steps.”

Batiz does have a word of caution for aspiring entrepreneurs. “Don’t go in debt to start your business,” she warns. “Be willing to grow along with your company. Don’t try and be perfect. Action is key!”

“I hear of many new business owners spending a lot of time and money on trying to get it right. You can sink a lot of money into the perfect product. It’s better to get prototypes made up and get consumer feedback first and get going. Don’t ask your friends what they think, they might tell you what you want to hear rather then the truth. I go to Starbucks and ask the average person on the street for feedback on what works and what doesn’t.”

“My line has come a long way. And it keeps getting better. But if I had sunk a bunch of money and spent the last two years working on all this and perfecting it, rather then going for it I would be deep in the hole and might never have gotten off the ground.”

“Follow your heart and listen to your gut. And go for it!”