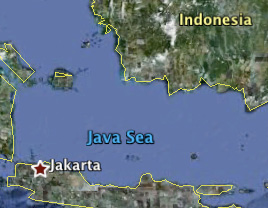 When we think about start-up nations, U.S, Europe, Japan and China quickly come to mind. But watch out for Indonesia as investors are keeping a close watch on the country.

There are several reasons why. Firstly, Indonesia is a huge market. It is the world’s fourth most populous country in the world housing 240 million people. Secondly, young Indonesians are extremely tech-savvy. Despite a low Internet penetration rate, Indonesia is the second largest and fourth largest nation in terms of number of Facebook and Twitter users respectively.

Thirdly, Indonesians are inspired by what has happened in the U.S. The nation seems be more acceptable to risk taking. This is just my opinion. Lastly, Indonesia is attractive because of its low cost and huge market potential.

This potential is highlighted with real cash, not just talks. East Ventures, a Singapore-based private equity firm has so far invested in six web start-ups in Indonesia, according to the Jakarta Globe. These start-ups include Tokopedia, an “eBay” for Indonesians, and Urbanesia, a lifestyle directory. After two years, Tokopedia now manages more than 7,400 online stores and generates about 700,000 visits per month. The total transaction per month on Tokopedia is about $2.5 billion Rupiah (US $277,500).

StartupLokal, an organization that organizes monthly events and meetups for Indonesia entrepreneurs, also help to keep the Indonesia start-up community connected. Nuniek Tirta Ardianto, one of the founders of StartupLokal, said that there are about 500 web start-ups in Indonesia. Among these 500 web start-ups, there are several which have yet to be identified by investors. Freesia City, a social game on Facebook with more than 115,000 monthly active users on Facebook is one of them. The social gaming company is currently self-funded.

Risk taking is just one of the key ingredients to breed a start-up culture and Indonesia seems to be getting there.

As Kaiser Kuo previously said, “A Silicon Valley requires many things. It’s not just great schools and research institutes, not just sources of capital, but also things like law firms and accounting firms. There’s also an important cultural component to it, of course: when so many of your peers–your schoolmates, people in your age cohort or what not–have gone out and founded successful companies, or at least had a hell of a ride trying, it’s just more likely that you’ll feel better about taking on that kind of risk.”

Another key factor in Indonesia’s favor is its huge market. Unlike Singapore, Taiwan and Malaysia, Indonesian entrepreneurs have a huge market to scale their products locally before moving on to other markets. It is the same in the U.S as start-ups like Facebook and Google first grew popular in the local market before moving to conquer the world. Indonesia is still far from the U.S but it certainly has the market and culture to grow into a strong tech start-up nation.

This article was first posted on Penn-Olson, a tech, marketing and marketing blog focusing on US and Asia. Penn-Olson is a Young Upstarts content partner.