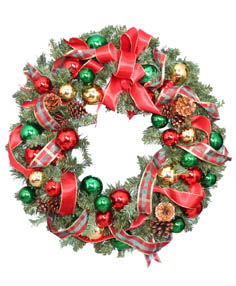 You’ve been on the job hunt for months — maybe even all year — and you’re looking forward to the coming respite from search-related stress and disappointment. The holidays are here, after all. And it’s “common knowledge” that nothing happens on the hiring front from Thanksgiving to New Year’s. You might as well give the pavement pounding a rest and focus on decking the halls for a while…right?

Wrong. In fact, now is exactly the time to hit your job search the hardest.

Although most job seekers don’t realize it, conditions are ideal for them this time of year. While they won’t ‘officially’ tell you, many organizations are planning to hire in January. That means now is the perfect time to put yourself on their radar.

It may come as a big surprise, but looking for a job this time of year actually increases your chances of getting hired. You have less competition, and many companies are in a hiring mood. It’s the perfect storm — in a good way — for job seekers.

Read on for the case as to why you should keep on keepin’ on… and some suggestions for how you can maximize your momentum amidst the merriment:

Why you shouldn’t wait ’til January:

’Tis the season for your competition to take a breather.

Nearly everyone believes the “no one gets hired during the holidays” myth, so the majority of your competition is taking a break while you’re still filling out applications. The fact is, it’s much easier to out-class and out-perform the competition when there’s next to none of it!

It’s amazing how many people retire from the job-hunt battle this time of year and leave the field wide open. At no other time will it be easier for you to really distinguish yourself from the pack. For one thing, hiring managers will have fewer résumés to distract them; plus, they’ll be impressed by your drive and persistence, because most of your peers are taking it easy.

Here’s a valuable tip for job hunters: January is often one of the biggest hiring months of the year. However, no organization will say that it plans to hire in January — right now, all you’ll hear is that there are no openings at present (which is technically true). And guess what? Those upcoming positions won’t go to folks who kicked back by the fire with a cup of eggnog — they’ll be offered to the people who expressed interest and met with hiring managers in December.

Right now, organizations are doing their budgeting for 2011. For example, one company The Five O’Clock Club spoke with said they will not do any more hiring this year because they want to keep the numbers looking good, but they will fill those positions ASAP in the New Year, and they might even consider making offers now. Who is going to get those jobs? The folks who throw their hats into the ring during the holidays!

The business world isn’t pressing pause just because the halls are decked.

The fact that the annual alcohol-laced karaoke party has been scheduled doesn’t mean that business as usual stops. Think about it: The stock market is trading. Stores are still open. Deals are still being negotiated. And — shocker! — hiring managers are still reading résumés that land on their desks. (If anything, the seasonal good cheer will put them in a better mood when they do.)

No hiring manager in his or her right mind would ever say, ‘Okay, it’s December, so I can’t look at any résumés or communicate with any prospective applicants until January’. Certainly, this time of year comes with a special set of distractions, but underneath the trimmings, its business as usual. If there’s hiring to be done, it will be done.

Your momentum won’t sustain itself through the merriment.

Unless your job hunt started last week, you’ve built up some amount of momentum. You’ve made contacts. You’ve gotten your foot in some doors. You’ve started to prove how wonderful you are. Don’t let all of that effort go to waste by slacking off now! If you do, it’ll take you weeks to make up the lost ground.

Kate Wendleton is president of The Five O’Clock Club and is an authority on job searching and career development. She has appeared on the Today show, CNN, CNBC, Larry King Live, National Public Radio, and CBS, as well as in the Economist, the New York Times, the Chicago Tribune, the Wall Street Journal, Fortune magazine, BusinessWeek, and other national media. The Five O’Clock Club is a national outplacement and career coaching organization with certified career coaches across the United States. It is the only organization that uses a proven methodology—based on 25 years of research—to help members develop their careers or find new employment that’s right for them.