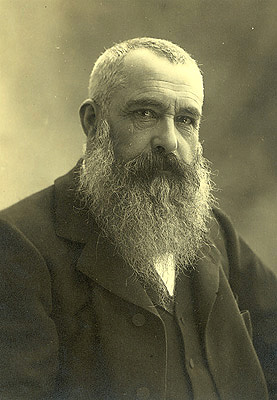 What can someone in business learn from the Impressionists? It is a timely question, since the Grand Palais in Paris is mounting an historic exhibit of 200 paintings by Claude Monet this winter. The beauty of the art is obvious, but the business lessons are less well known.

Corot, Manet, Monet, and other Impressionist painters of the mid to late 1800s were radicals whose innovative approach was actively reviled by the artistic establishment and European society. At the time, they topped the lists of “Least likely to succeed.” Today, Monet and Van Gogh are the most valuable brand names in all of art. How did this turnaround occur?

Anyone attempting to succeed as an innovator, whether in art or in business, may employ the formula that created the Monet brand:

1. A driving idea that is radical in nature.

The Impressionists originally called themselves Independents, and rebelled against both artistic tradition and the authoritarian regime of Napoleon. Edouard Manet (a key inspiration for Monet) expressed the driving idea behind Impressionism with his statement that, “I paint what I see, and not what others like to see.” He was thinking not only of the traditionalist art critics, but also of the French state and its cultural institutions.

Knowing where you’re going is important, and the driving idea tells you that. However, it’s also essential to know what you’re going up against, and that’s where the radical element comes into your strategy. The Impressionists knew that the establishment was their enemy. Their driving idea gained forward momentum by pushing off from the status quo and its defenders.

All innovators need to name their enemies, so as to be clear on where they are leaving from as well as where they are going. Name your enemies by identifying the established competition, both corporate and cultural. Go up against some sacred cows. Or better yet, sacred elephants. The larger your enemies, the more momentum you achieve by pushing against them!

For instance, Facebook, the innovation celebrated in the fall 2010 movie The Social Network, took a radical stance against a number of institutions, including the established ways of making friends and communicating with them, not just with the traditional paper-and-ink “face book” handed out to college freshman at the beginning of the year. Thus Facebook made enemies not only of some stodgy printing companies, but of the entire telecommunications community and a generation of worried parents. Big enemies create the potential for big success.

All innovations rely on an aesthetic of design, whether it is obvious (as in the arts) or hidden in the unique qualities of a business service or consumer product. What are your new rules of expression? For instance, the Impressionists created a tone such as orange by juxtaposing its sources, red and yellow, rather than always blending them into a flat, uniform area. The result was energy and visual excitement. Their artistic formula broke old rules of design in order to create new sources of energy and excitement. A winning business strategy must break some rules to create excitement, too.

What design rules are you going to break? Make sure you break some rules, otherwise your work will not become a lasting innovation and you won’t rise to the level of permanent brand value that the Impressionists achieved. For instance, Apple launched itself on a long trajectory toward its current success by, in its early days, rejecting the conventions of computer interaction: linear strings of commands. DOS, the then-dominant operating system, followed the old rules. Apple introduced radical design elements such as point-and-click commands and WYSIWYG, which so radicalized its industry that every consumer product, from computers to phones, eventually had to embrace the new design rules Apple pioneered.

3. New venues for publicity and sales.

Impressionists were excluded from the Salon, an annual French exhibition and sale of paintings mounted by the government-backed Academy of Fine Arts. In 1863, several thousand artists were refused admittance, and they pushed to show their work in an annex to the official salon which was called the Salon des Refusés. Claude Monet was among the rejected artists who showed in the annex.

The Impressionists turned their backs on the official Salon and continued to seek their own venues for exhibition, often collaborating in order to create large events that attracted audiences and publicity. Eventually, their radical shows became more important than the official ones. Established distribution channels almost always block major innovations, atleast in the introductory stage. Innovators would do well to emulate the Impressionists and seek out new ways to access the market.

4. A large, enthusiastic body of work.

Vincent Van Gogh had only one commercial sale in his lifetime. Nonetheless, he persisted in producing approximately 2,000 works of art, including 900 paintings. Claud Monet is thought to have created more than a thousand paintings. In fact, all the famous Impressionists left hundreds of works by which to know them. Volume was one of their keys to success.

Innovators of all sorts need to embrace the drive to create that characterized the Impressionists. They were certain that their work was important, and they loved creating it. If you are not working on a project that is as totally absorbing as Impressionist art, then go back to your strategy easel and come up with something more compelling. Your enthusiasm to do innovative work is one of the four key to success in the Impressionist formula.

ALEX HIAM (www.alexhiam.com) has written more than 20 books on marketing, creativity and innovation, including Business Innovation For Dummies. As an award-winning painter and photographer, he turns to the Impressionists for inspiration in his own innovative work. Hiam’s creative works are on display in galleries in New York and Rome.