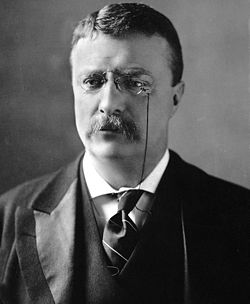 I’m inspired by this quote from Theodore Roosevelt, the 26th president of the United States:

Far better is it to dare mighty things, to win glorious triumphs, even though checkered by failure… than to rank with those poor spirits who neither enjoy nor suffer much, because they live in a gray twilight that knows not victory nor defeat.

I heard this quoted by Alec Ross, senior advisor for innovation in the Office of Secretary of State and co-founder of global non-profit One Economy, in a Stanford University Entrepreneurial Thought Leaders Series podcast.

It’s something entrepreneurs – nay, everyone – should live by.