Early last year, I wrote about how Ogilvy PR‘s 360° Digital Influence team in Singapore was making waves in the local social media scene. Today, the mighty triumvirate – Pat Law, Tania Chew and Brian Koh – is all but gone. One of them, the self-proclaimed ‘accidental creative rebel’ of the team, Pat Law, left the agency to start her own little consultancy, GOODSTUPH.

Pat resigned from Ogilvy PR the week her father was diagnosed with a brain tumour. As the family’s second bread winner after her father, she reassessed her economic threshold and came to the realization that as much as she enjoyed working in Ogilvy PR, the amount she made as a salaried employee was not going to ensure the financial stability of her family.  “GOODSTUPH,” Pat explains, “was born from a need to answer a higher purpose in life.”

There’s No Media In Social Media

GOODSTUPH, according to Pat, is a social influence marketing agency that aims to marry the best of digital and word-of-mouth marketing to achieve measureable results for brands. “GOODSTUPH focuses on finding the most relevant influencers for brands to create, collaborate and produce unique experiences and compelling content valued as social currencies worth sharing with the customer,” she explains. “Simply put, GOODSTUPH makes brands social, and over time, loved by influencers who matter.”

Pat seems almost disgusted by the fact there are social media agencies out there who promise clients blog coverage through buying advertorials. “There is no media in the term ‘social media’ in the sense that there is no inventory to sell,” reasons Pat, who says ‘you can’t buy real love with money’. “Communication has been dethroned to be more organic with social media and yet, I see practitioners taking the easy way out of answering short-term KPIs by buying up advertorials so as to tell their clients ‘I guarantee you blog coverage!'”

Therein lies the difference with GOODSTUPH, says Pat. Her agency does not guarantee clients blog coverage as much as it is there to help brands build real, authentic relationships with the online social influencers who matter. Of course, how she intends to do exactly that is unclear – and she was coy in not trying to reveal too much about her ‘secret sauce’. But Pat herself is a prominent blogger – she blogs at blankanvas and contributes to online art rag CulturePush – as much as she is a web and marketing strategist, which should help her understand what the other side – the bloggers and other online social influencers – needs.

One of the most successful social media campaigns Pat ever ran while she was with Ogilvy PR was Blogathon – a well-received social media outreach campaign done on behalf of client Intel that saw a group of prominent local bloggers compete and blog for 24 hours. “It wasn’t just a social media campaign as much as it showed the world what Singapore was capable of,” says Pat. “We received a notable mention for our technological breakthrough – being the first in the world to integrate Flash with WordPress, by the developers of WordPress themselves, and it lead us to Ogilvy 360° Digital Influence, Singapore’s first award at Asia PR Awards, 2009.” Another project, SOYJOY’s first-ever social media campaign in Singapore, was her brainchild.

Strange as it sounds, one key challenge that Pat identifies for social media to date is explaining to clients why social media may not be necessary for their brands. “In the same way a doctor will not prescribe you medicine you do not need, I believe it’s important not to sell clients what they do not need,” she points out. 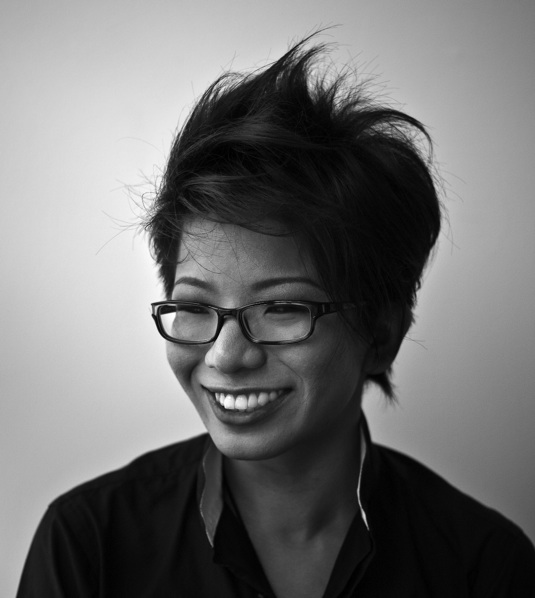 Pat admitted that she was initially apprehensive about setting up GOODSTUPH, so one of the first things Pat did when she started GOODSTUPH was to seek a seasoned hand as a mentor. She found that mentor in founder and CEO of artiste-management firm Fly Entertainment, Irene Ang.

“Just because you’re a good chef doesn’t mean you can run a restaurant.”

“The most important lesson I’ve learnt thus far is to recognize my weaknesses in certain areas and to engage people who are experts in those areas for the better of my company.”

“Just because you’re a good chef doesn’t mean you can run a restaurant.”

“I don’t think I would’ve gotten my ‘restaurant’ in place if not for her. I’m enjoying myself now in the kitchen, knowing that the fundamentals have been implemented to ensure the restaurant runs smoothly,” she says.

“GOODSTUPH has not done a single cold call since it was born!”

“GOODSTUPH is the first response I want everyone to say with every campaign GOODSTUPH produces,” laughs Pat. “Never ‘great’ because we should never be contented in the pursuit for perfection.”