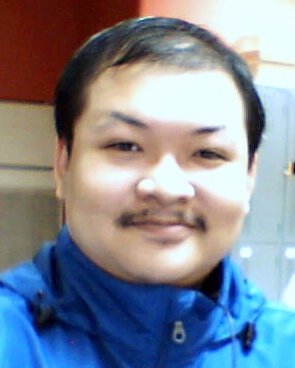 In this new series, we talk to programmers, developers and code monkeys on their latest projects and their views on the startup scene.

Terence Pua interviews Dean Michael Berris, a Philippines-based software architect by trade and software engineer at heart specializing on high performance computing solutions for various industries like telecommunications and web technologies. He is one of the co-founders of Sinefunc, Inc. a startup that delivers quality web applications that are meant to scale and is a contributor in the Boost C++ Library.

What got you into coding?

Funny you ask. What really got me into coding is Doogie Howser MD and a Commodore 64.

When I was growing up I was fascinated by Doogie Howser‘s journal writing. I always saw computers from then on as a means to create content and not necessarily as business systems. When I was 8 my godfather let me and my other cousins program and play (or really more watch them do it) the commodore 64. I remember seeing the basic listings of the games that my older cousin would have to type in before playing the game. I got a hold of the book and tried to make sense out of it — and never really was able to do so.

My parents when I was 10 bought a 286 DX that had the 5 1/2″ and 3 1/4″ floppy disk drives without a hard disk, and I got bootleg copies of IBM DOS and other floppy-based games (Dangerous Dave, Prince of Persia, Test Drive, etc.). They would also indulge me and buy me issues of PC Magazine whenever we went shopping anywhere there was a computer store. I then chanced on an editorial (or an article, I can’t remember now) which showed some code listing that I hadn’t seen before. I brought it to school and gave it to my computer class teacher and he had the magazine with him overnight. The next day he showed me what the code listing (which was in Pascal) did, which is basically an implementation of a spellchecker that does some hamming or levenstein distance on the word entered against a set of words in a dictionary.

I was so fascinated by this display of power – and what such short code listings could make the computer do. I then begged my mother to enroll me that summer between my 5th and 6th grade of elementary into the AMA Computer Learning Center in San Pablo City, Laguna. That was the best summer I’ve spent compared to the others I spent learning how to swim.

What are you currently doing?

I do full-time consulting as a systems architect to Chikka Philippines, a wholly owned subsidiary of SMART Telecoms. There I mostly aid in the technical aspects of projects from the translation of business requirements to architectural design down to inspecting how systems are implemented.

During breaks I do open source C++ development contributing to the libraries I maintain and to other open source projects that I happen to fancy.

Do you prefer working for big or small companies?

I couldn’t really say. I’ve only ever worked in small companies – the biggest was Friendster, when I was an employee. Now though I’m doing consulting for a fairly large company (both Chikka and SMART Telecoms) and a COO of my own small company.

Knowing what I know from big companies I would prefer working with small more agile and less corporate cultures. I’m not really sure if it’s the size of the company but the kind of culture they have there. Maybe there are companies that have a very loose, informal, and agile culture, in which case I don’t mind working in that environment.

Are you working on a product-based startup?

Technically, yes. Sinefunc, Inc. has some products under development, and one that we’ve sort-of launched already.

What do you think of Philippines-based coders?

This is a tricky question. I would say I haven’t met a lot of Filipino coders to generalize, although the ones that I have met and kept in touch with generally have my respect.

As a whole though I would say that Filipino coders have a lot of potential and that we have the odds stacked against us. I think it’s really important that we continue to push the envelope and stay up to date with the technologies that matter in the larger scheme of things.

What’s your impression of the startup scene like in the Philippines?

I think it’s really hard to get a startup going here in the Philippines mostly because we lack the immediately available capital for funding as well as the liquidity required for founders to bootstrap new startups. Generally getting money is a big issue here in the Philippines, and with the rising cost of living as well as the very meager pay scales for normal employees even in the IT field, it’s really risky to get a startup up and going.

As a startup founder myself here in the Philippines the things that really hit you the most is the expense vs income picture. Unless your market is global and your capital sufficient to last you through the first version of the application or business model you’re building, then your chances of making it is really slim to none. Although technically Filipinos, Indians, Chinese, Brazilians, Europeans, and Americans are on equal footing now when it comes to building global footprints as far as startup goes, the liquidity in other places and the amount of cash available to founders and VC’s alike are plentiful compared to here.

One thing going for the Philippines is really the promise of global appeal and potential for developing a global footprint easier than say for a Chinese company to do it. One thing is the language advantage and the other is the inherent presence of “diskarte” (which I don’t think has an English equivalent) that comes with the daring few who do startups here in the Philippines.

If you had US$1M to invest in startups, how would you distribute the funds?

For me, I would definitely use it to do lots of angel investments here in the Philippines. I would spread out the $1M to maybe a few years and invest only $10K at a time for worthy companies to get to version 1 and start being profitable. I would follow the Y-Combinator model although I’ll be more involved with the technology aspect and insist on a shorter time to market for products developed.

This is of course I think the most profitable way of spending the $1M with the goal of making money. It’s a completely different story if it’s about using the money altogether — i.e. if my company were to receive the $10K.

I personally follow the “1-year rule” which is a conservative fiscal management practice for hiring and operational management. Some operating officers have a shorter reserve period of 6 months, which is a little too risky for my taste.

Basically I would ensure that I can pay myself and my co-founders (who are also software engineers) for one year. However I will make sure that I have version 1 out in the first quarter to allow for sales/marketing to generate enough revenue for the next two quarters. I’ll deploy on the cloud and grow as the user numbers grow.

Of course continued product development doesn’t stop while sales and marketing activities go on. Because of the slight disadvantage that the local market is not Internet savvy yet, a web startup would generally need to market itself in a global manner and reaching popular niche communities that the service would typically be targeted to. This costs time and money so these have to be done with the most bang for the buck.

My operational strategy has always been to get the business profitable as soon as version 1 of the product goes out to market — whether it’s desktop software, a web-based service, or a business model. Iteration should happen as soon as enough market feedback is gathered and as soon as it is evident that there are bugs that need to be ironed out.

It’s always good to have a target, and with $10K worth of investments, it would be easier to make a product that can make that much in a year than making one that will make $1M in a year. The return for the $10K investment would be both in equity value for the exit, or can be bought back out by the company (or partially sold by the investor) in the next round of funding.