We’re talking about James Sun, the Korean American who’s better known as one of the finalists of Donald Trump‘s The Apprentice in 2007. He was the first Asian to reach the finals and even emerged as runner-up in that hit reality show. For Singaporeans, you may know him as the host of BBC TV programme Sun Tzu – War On Business that was featured on ChannelNews Asia.

Guess what – James will be swinging by Singapore and will be sharing his secrets of success at a luncheon seminar hosted by local artiste management firm Fly Entertainment on 6 May 2010: 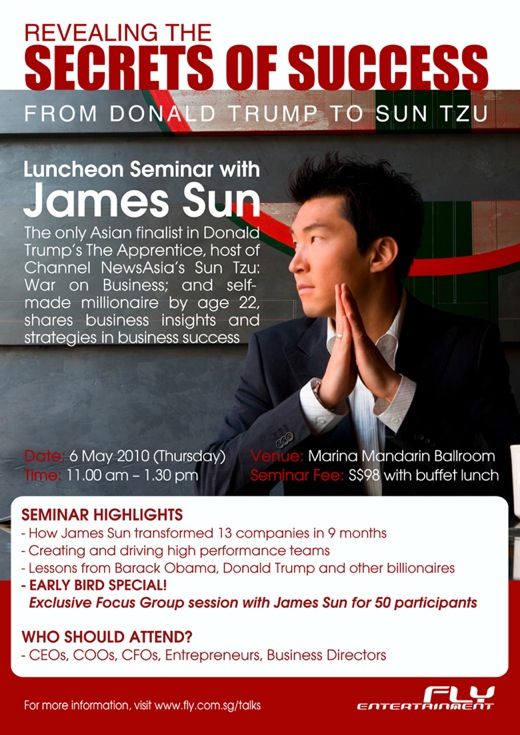 Why should you listen to this 32-year old young punk, you ask? Let’s see:

Thanks to Fly Entertainment, we have TWO tickets (worth $98 each) to give away! Simply write a comment on what you’d like to learn from James at this lunchtime seminar, and you’ll be able to meet this walking success story in person if we pick you as one of the two winners.