President, founder and CEO of FiveSprockets.com Randy Ullrich always had a passion for filmmaking. The son of a Screen Actors Guild Hollywood actress, Ullrich was an aspiring actor as a child and even made a film when he was only ten years old. Recently he authored two full-feature screenplays, one of which was a 2005 Fade-In quarterfinalist.

It was this deep passion and understanding of the industry that allowed Ullrich to identify some of the problems that many aspiring filmmakers face during production. “I participated on several short film shoots and observed aspiring filmmakers and crews making what seemed like lots of mistakes and running very inefficiently. Through my own personal studies and experience, I also knew that filmmaking was (really) a ‘collaborative endeavor’,” Ullrich says.

He recognized that the current tools available to media producers were decidedly narrow in focus and non-synergistic, and hence didn’t truly meet all the needs of professional and aspiring producers. “I looked at many of the software tools being applied to media production, and noticed that they were non-collaborative by design. Conversely, the Web – particularly with the advancement of second-generation tools – is built for collaboration.”  Ullrich saw the gap as a potential opportunity, and the idea for FiveSprockets was born. This was in March 2007.

Combining his professional expertise with his long-time passion for film (he had more than 20 years experience leading early and mature-stage software/Web companies), Ullrich proceeded to design FiveSprockets as a collaborative platform to support the five phases of media production – story development and scriptwriting, pre-production; production; post-production; and marketing and distribution. FiveSprockets positions itself as a “virtual production studio,” offering filmmakers and digital-media producers the tools, such as on-demand software, they need to make better media, more efficiently and profitably, anywhere they are. For example, tools such as vScripter, a story development and scriptwriting software, and vProductionOffice, a production management software, allows users to work on projects in a collaborative manner. There are even job boards to help producers find suitable cast and crew. It is especially suited to digital media projects, such as the creation of Webisodes or Mobisodes.

After raising an angel round of financing in early 2008, a private alpha of FiveSprockets was released in the spring and the public beta went live in September 2008. “My first investors were people I had known and/or done work with for several years. They knew I would work very hard to make FiveSprockets a success and thought that our business strategy was a sound one.”

“FiveSprockets’ target market is anyone who needs to make video or film, which is a lot of people these days! From feature/short films, to corporate industrials and training, to advertising, millions of people work professionally in motion-picture media production, and many more aspire to create digital video. To grow our user base, we are using a combination of traditional marketing methods, along with newer, social-media based marketing techniques,” says Ullrich.

Today Ullrich manages all strategy, corporate development and operations for FiveSprockets, but still insists on having a hand in product development. And his team loves the film industry as much as he does. “I was really interested in recruiting people who (not only) had the technical or creative skills needed, but also had a strong interest in video and film. This was so the team would have the same passion for FiveSprockets that I do.”

“What’s resulted is that several key folks who are either employees or consultants are filmmakers, screenwriters, or related, and the passion is directly influencing FiveSprockets‘ strong and dedicated team.”

“The latest enhancements to FiveSprockets help us meet the needs of a wider group of media creators,” Ullrich says. He reveals that their product roadmap includes some plans to help content creators monetize their content, although that will only happen in due time.

Ullrich admits that the economy may be bleak at the moment, but it is unlikely to affect FiveSprockets much. “We’ve kept our operating costs very low since inception, which is reflective more of our personalities than the existing economic climate. FiveSprockets is riding the wave of video user-generated content, which is only growing stronger. We’re weathering this storm by keeping our operating costs low, and by having a compelling offering to ride it out.”

“Also, note that many of the Internet successes over the last few years were started during the last economic crisis of 2000 through 2002. Economic downturns can be a great time to be a start-up,” Ullrich reminds us. 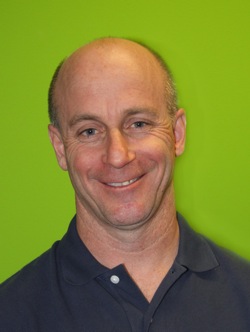