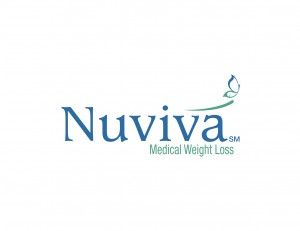 For entrepreneurs, it represents an age-old battle – how to reconcile the company’s vision with the market’s reality. Too many times, a company will hold fast to the vision while ignoring what their customers really want. In other cases, companies compromise their vision too much, and become something so completely different that they wind up being a fad instead of a going concern.

That was the challenge faced by former real estate agent Alex Joseph, co-founder of Nuviva Medical Weight Loss Clinics, now a growing franchise operation based in Florida. “We didn’t start out the way we ended up,” said Joseph, Nuviva’s founder. “In the beginning, we were envisioning a longevity center that focused on hormone therapy. I was at a crossroads professionally. I knew I wanted to get out of real estate and I had an interest in hormone therapy because I was seeking it out for myself. A mutual friend introduced me to Dr. Brian Arcement, a cardiologist who was interested in doing some patient work in hormone therapy. Right after our first meeting, we had a clear idea of what we wanted to do and how we wanted to do it.”

But before they dove in, both the investor and the doctor took in a slew of educational conferences, as neither of them had ever run a clinic of this nature before.

“The research helped, but we still made several mistakes early on,” Joseph said. “None of them were terribly critical, but it did remind me of the entrepreneur’s journey, and how important it is to learn from mistakes – and learn quickly.”

After opening the original longevity center in 2005, the two men soon discovered that the clinic’s patients were asking a lot of questions about hormone therapy in weight loss. While it wasn’t an apples-to-apples match with their vision, the men decided to steer in the direction of where their customers were heading.

“There is a naturally occurring hormone in pregnant women, called hCG, that helps them regulate their weight during pregnancy,” Joseph said. “It’s the element of a pregnancy that helps prevent women from putting on excess weight beyond what their bodies need to sustain the fetus. Some studies have suggested that hCG could be of use to help people access that same element as a part of their own weight loss programs, and some doctors were already administering it to patients.”

That’s when the old vision clicked with the market’s desires, and Joseph opened up the first Nuviva Weight Loss Clinic in 2009. Since then, the company has opened seven clinics, with most of them being owned by franchisees.

“While it wasn’t a perfect match with our original vision, it did combine the direction with what consumers wanted,” Joseph added. “It was a course correction that has proven both profitable and viable for more growth. While it’s taken six years, it was a journey worth taking and the signs are strong for a good future.”