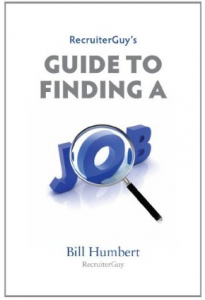 By Bill Humbert, author of RecruiterGuy’s Guide to Finding a Job

As the job market recovers, a unique phenomenon is beginning to happen, and one expert warns it could cost you money.

As people who have been looking for work a long time start to get back into the workforce, many of them are so happy just to get a job that they sometimes accept a lower salary than they have to. Some employers feel that they can probably get away with a lowball offer, and many job hunters will grab it just so they can have a job. The truth is there are ways to get the job and still get what you want.

My advice for job hunters includes:

When you are asked to include salary requirements with your resume, that is typically a company’s first screen, and it can be used against you. I’ve seen people agonize over what to reveal, because they are afraid of pricing themselves out of a good job. My advice is to simply put “Open” in that spot. If your qualifications are on target, they’ll call you. If in the interview you’re asked what you made at your last job, reply by asking about the range for the one you are applying. You’d be surprised how managers or human resource representatives will tell you.

Don’t Give Away Too Much

In many job applications, an employer will ask for your salary history. It is perfectly acceptable to write “Willing to discuss at appropriate time during interview process” and leave those numbers blank. Writing down those numbers pigeonholes you, and reduces your negotiation power.

That’s right. Don’t negotiate salary in the interviews. Instead, negotiate when you’ll give them your salary requirements. When they ask you for that figure, tell them you don’t know what you’d require until you have a clear picture of the job requirements and potential for advancement over the next five years. After you have that information, and you’re asked again for that number, respond by asking to go through what I call your “impacts” – areas of your job that directly impact the company’s bottom line. This discussion will allow you to demonstrate what you bring to the table. At the end of that discussion, simply tell them that you are very interested in the position, and that you’d seriously consider any offer they’d like to make.

Once you have a job offer, it’s not a done deal until you accept it. Until that happens, keep networking and looking for jobs. It may give you valuable market-worth data about the position you’ve been offered. It may also be a safety net in case something goes awry between the time you receive an offer and the time you accept it.

Once an offer is given, you have the right to ask for a clarification on it. Asking “Is there any flexibility in this offer?” may help to open a discussion of increasing the offer. If it does, don’t expect a large boost in base pay, but rather, an extra week of paid vacation, a signing bonus or other such perks.

Keep in mind that salary negotiation is more art than science, so these tips may not always apply. Many hourly workers don’t have as much flexibility on pay, and some companies have policies that would require you to adjust the script a little to fit those situations. The key thing to remember is that you don’t have to give them a salary range that would jeopardize your earning potential, and that you don’t have to accept their first offer most of the time.

Remember that they are interviewing you because they need to fill that position. It’s important to the company to have someone in that job, and while they are considering you, they aren’t doing you a favor. They need what you have to offer, so you should get the best offer out of them that is possible. 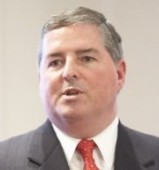 Bill Humbert, also known as RecruiterGuy, is a Washington, DC native and a graduate of Assumption College in Worcester, MA. He has been a professional recruiter since 1981. He is also an AIRS trained contract recruiter consultant. He has read more than 400,000 resumes, interviewed more than 13,000 candidates over the phone or in person, and has worked with more than 3,000 hiring managers. In the past 15 years, he has helped companies hire more than 1,300 new employees nationwide from the C – Level (CEO/CFO/CIO) to college recruit.